Even though Hollywood films often glamorize it, the real Wild West remains one of the most engaging historical periods in American history. This outlaw era featured fortuitous prospectors, hard-nosed lawmen, slick card sharks, and the “ladies of the line,” as dubbed by those in the California Gold Rush.

You may not have wanted to live during that time, but walking the streets that once swarmed with dastardly crooks and swindlers is a treat for any adventurer. So, should you wish to travel back in time anytime soon, here are three profiles of some of Idaho’s most quintessential and historical sights from the Wild West that are not to be missed. 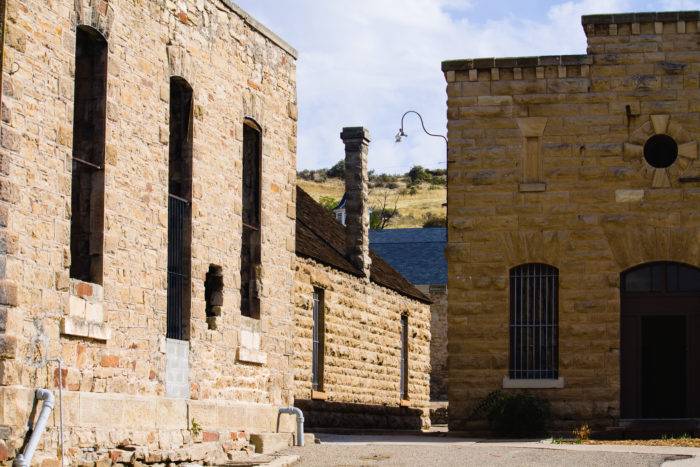 Scandals, carefully plotted escapes and heinous executions. Sounds like primetime television, right? Well, it’s all part of the experience when visiting the Idaho State Penitentiary in Boise. Located in the stunning historical district next to the Idaho Botanical Garden, this historic building was home to some of the West’s most devious criminals including “Diamond” Jack, Henry “Bub” Meeks, and Harry Orchard, a famous inmate who was charged with the assassination of a former Idaho governor.

Guided tours of the facility take visitors through 100 years of prison history ranging from escape stories, tours, visits to solitary confinement and the spine-chilling gallows. The “Old Pen” is a four and a half-acre site that housed over 13,000 inmates until its closure in 1973. Whether you are a history buff hoping to explore uncharted territory or a family looking for an activity for all ages, the Idaho State Penitentiary has a little something for everyone.

The Oasis Bordello Museum sits in downtown Wallace about 50 miles east of Coeur d’Alene. Now a museum, this brothel was open as recently as 1988. What makes this museum so unique, however, is the manner in which it was preserved.

A rumored FBI raid spread through Wallace in 1988, which encouraged the working women of the Oasis to run for the hills. In an attempt to avoid spending the next few years in prison, the women vanished, leaving behind an entire household full of history including clothing, magazines, dirty dishes in the sink and even the phone numbers of repeat customers written on the kitchen wall. The girls had planned to resume business after the raid, but the FBI stayed in Wallace for years conducting several investigations into the corrupt law enforcement in town.

The museum acts as a time capsule thanks in part to the owner who preserved the Oasis as it was on the night of the raid. The Oasis Bordello museum is a must-see for any history aficionado looking to experience a piece of the Wild West. The attraction opened in 1993 and has been providing a first-hand look into the lives of the gun-toting, trouble-making cowboys and cowgirls of the Old West.

This classic Wild West small town is located just one hour Northeast of Boise right on the Ponderosa Pine Scenic Byway. With the discovery of gold in 1862, Idaho City became the Northwest’s largest city. This booming gold mining town was home to over 50 business’ including barber shops, bakeries, drug stores, breweries, tailors, music stores, theaters, opera houses, and saloons. Believe it or not, the whiskey was cheaper than water in most saloons because water was a valuable resource used in gold mining.

Eager to share the reward, 6,000 people left their old lives behind and headed to Idaho City for a piece of the pie. During these gold rush years, the Boise Basin generated a $250 million gold bounty. But, similar to what miners were experiencing in other regions, the supply of precious metal soon ran dry, and the population dwindled quickly. Miners, prospectors, and families left in droves and wildfires engulfed the city on several occasions. Thankfully, the wealth generated during the bountiful gold rush years helped to fund the city’s reconstruction after the damage. With this reconstruction came some of the Northwest’s most inspiring brickwork and wooden architecture. So if history and intricate architecture are what you enjoy, you will love strolling along the city streets and marveling at the original wooden plank buildings that line them.

During your visit, be sure to check out the Boise Basin Museum, where you can view one of the best collections of gold rush memorabilia in the Northwest. Explore the old jail that once housed violent criminals of the West or browse through rustic antique stores where every item you see has a history.